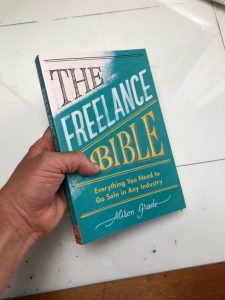 One of the great things about working with a brilliant publisher and editor is the expertise that goes into all aspects of producing a book. Yes, the original words are down to me but once I’ve handed them in production really starts. Copyediting. Proof reading and cover design together with sales and marketing plans.

There were several big moments during my journey to being a published author. The book deal was obviously one. But one that really stuck with me was my first sight of the cover design. Martina and Celia were both excited and nervous to show it to me. They were really pleased with it but had no idea what I’d make of it.

I loved it at first sight – I’ve kept the office print out they’d made to show me which, as office printing goes doesn’t print colours exactly so they took pains to say the blue was brighter and paler.

At this time I had no idea who had designed my book cover. All I knew was that I loved it. Proof copies came in and it looked awesome on those. It was only when I received my first official copy that I saw the credit – Cover design: Jackson Alves.

Who was Jackson Alves? It was a suitably unusual name so I tapped it into google and it revealed a hugely talented freelance letterer and calligrapher based in Brazil, who didn’t appear to have any formal connection with Penguin.

This was a pre-Covid world. Business was in the main taking place face to face. So, the idea that a freelancer in Brazil would design a cover for Penguin was at the same time completely feasible but also out of the ordinary. 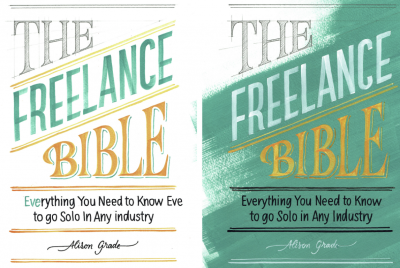 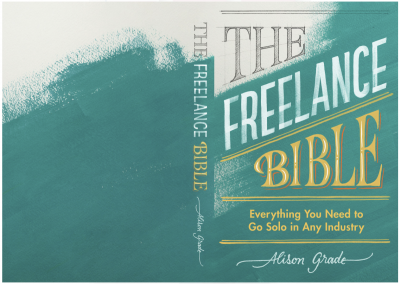 I was intrigued. I wanted to know more. How did he come to design the cover of my book? So, I badgered Penguin for more details …. To keep with the integrity of a book on freelancing they decided to commission a freelancer to design the cover and Jackson’s work was picked up – presumably on Instagram where he has a huge following.

Just before publication he reached out to me on Twitter and we chatted. He’d never designed a book cover for Penguin before and was excited to see it himself as a physical book. I filled him in on how Penguin had been looking for a freelancer for the cover design to keep with the book’s integrity.

Today, with a Covid-19 lens looking out on the world, the majority of office workers still working from home and business being conducted online – our notion of geography has changed considerably. It’s a novelty venturing more than a mile or so from home. But arranging a meeting or webinar with many people on Zoom from across the globe is an everyday thing.

The opportunity for me as a freelance author, and all freelancers, is so much greater than it has ever been now that clients don’t expect to meet in person. We can work anywhere in the world without leaving our homes. The world is both so much larger and so much smaller at the same time.

Alison has been a TV and film producer, university lecturer, NESTA-accredited trainer, is a serial entrepreneur, career freelancer, and author of Penguin bestseller, The Freelance Bible.
Page load link
This website uses cookies and third-party services to enhance your browsing experience. You can change your settings here. OK