Reinventing my Career as a Working Mum!!

I’ve been reflecting a lot recently on where the last 14 years have gone and how my work life has changed in so many ways. 14 years because my eldest son has just turned 14 and it was during my maternity leave with him that I was made redundant from the company I had been working with. Whilst the majority of my career has been as a freelancer this was one of a small handful of times that I had been gainfully employed in a ‘proper job’! 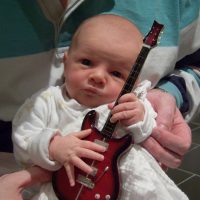 SO, THERE I WAS, SMALL BABY, NO JOB AND IN A REASONABLY NEW CITY. WE’D ONLY BEEN IN LIVING IN BIRMINGHAM FOR ABOUT 18 MONTHS AT THAT POINT AND MY NETWORKS WERE PEOPLE FROM MY OLD COMPANY WHICH WASN’T A GREAT HELP. I FELT VERY MUCH ALONE AND LIKE I WAS STARTING FROM SCRATCH.

I started to look at my options for jobs – locally there wasn’t much on offer for someone with my level of experience in the media sector, so I’d have to look further afield (London) and whilst the salary might have been appealing the commute wasn’t. And nor was the fact that by the time I’d paid for all the childcare I needed I was better off (both financially and mentally) getting a lower paid local job. That basically ruled out permanent jobs as an option not least because I knew I would be unconvincing at interview for a lower paid role. 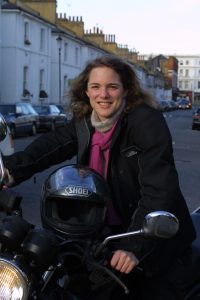 And whilst the idea of freelancing didn’t scare me as I’d been a freelancer for much of my career, a very different sort of freelancing was beckoning. My usual freelance work had been on short-term fixed contracts – usually full-time positions lasting anything from 6 weeks to 9 months.

I was now in a position where the prospect of full-time work was deeply unappealing – I wanted to combine being a mum and working and to my mind this meant working part-time, certainly initially.

So, I started to do a deep dive into all the skills I had and how I could find a way to be recognised for the contribution I could make. I went back to my old INSEAD CV and I realised how prescient it was. I’d outlined at the top my key skill as:

TRANSFORMING A CREATIVE IDEA INTO A BUSINESS REALITY

AS I LOOKED AT THAT STATEMENT, I REALISED THAT WAS EXACTLY WHAT I WAS GOOD AT.

IT’S WHAT I DID WHEN I FOUNDED GIRLS ANGELS.

AND IT WAS ALSO WHERE I COULD FIND A NICHE NOW WORKING WITH OTHER CREATIVE ENTREPRENEURS AND SUPPORTING THEM IN TRANSFORMING THEIR IDEAS INTO BUSINESS REALITY.

Alison has been a TV and film producer, university lecturer, NESTA-accredited trainer, is a serial entrepreneur, career freelancer, and author of Penguin bestseller, The Freelance Bible.
Page load link
This website uses cookies and third-party services to enhance your browsing experience. You can change your settings here. OK
<script type='text/javascript' src='https://alisongrade.com/wp-content/themes/Avada/assets/min/js/general/avada-parallax-footer.js?v