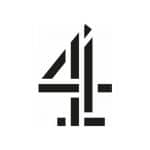 Mission Accomplished is supporting Channel 4 and Create Central with a development training programme to support the More4 the West Midlands Development Funding.

The training is in three phases and will commence after the More4 the West Midlands Fund: Commissioner Q&A on 16th May 2022. Companies interested in attending the training are highly recommended to attend this day as the training will follow on from this.

More4 the West Midlands is a creative collaboration between Channel 4 and Create Central aimed at forging stronger relationships between West Midlands production companies and Channel 4 Commissioning, and support them to develop suitable ideas for the Channel with a specific focus on More4. This is a two-stage development fund, hosted by the Daytime and Features team at Channel 4 and managed by D&F Commissioning Editors Kate Thomas and Jayne Stanger, who will be on hand to meet indies and answer questions about the opportunity at an event in Birmingham on 16th May 2022.

It is open to production companies based within the West Midlands Combined Authority area and/or one of the three West Midlands Local Enterprise Partnership regions (Greater Birmingham and Solihull, Black Country, Coventry & Warwickshire), AND with ideas suitable for More4.

Three programme ideas will be selected for initial development and awarded £5k each to help them work up the idea with a talent or toner tape, to pitch to Kate and Jayne.

From these ideas, it is expected that 1 idea will be awarded further development of £15k to fund enhanced development, including a full taster tape and budget.

Further details about the More4 the West Midlands Development Fund

More4 the West Midlands Development Fund and training is open to production companies who are based within the West Midlands Combined Authority area and/or one of the three West Midlands Local Enterprise Partnership regions (Greater Birmingham and Solihull, Black Country, Coventry & Warwickshire), AND with ideas suitable for More4.

The training programme is in 3 parts:

Aimed at all eligible companies who aspire to work with Channel 4 and more specifically More 4.

This is a one day, in-person, open session and is primarily aimed at those who are yet to secure a commission from Channel 4 and/or UK Broadcasters.

This day is also be open for junior development staff within larger indies looking to understand more about the commissioning process.

To request a place at this event please complete the form below by midday on Friday 20th May 2022.

Applications will open soon for this training day.

Eligible companies will need to apply to attend this training day.

Applications, including eligibility check and topline idea will be reviewed by Channel 4.

This training day is aimed at a smaller group of (up to 8-10) eligible companies.

2 representatives from each company will be invited to attend.

One-2-one support sessions will be offered to the companies awarded development funding to support them with further developing the idea.

Which companies are eligible for the training?

You need to be a production company and be based within the West Midlands Combined Authority area and/or one of the three West Midlands Local Enterprise Partnership regions (Greater Birmingham and Solihull, Black Country, Coventry & Warwickshire)

Does the company need to have made content for Channel 4 already to apply for the training?

No you don’t need to be an existing supplier to Channel 4, in fact this opportunity is all about connecting up West Midlands Talent with Channel 4. We are keen to hear from all eligible content creation and storytelling companies who aspire to make content for Channel 4.

How do I find out more about More4? 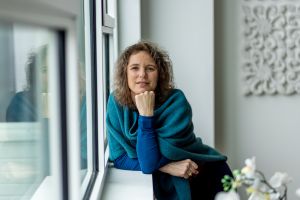 Alison describes her key skill as transforming creative ideas into a business reality. She accomplishes this with the films she produces, the creative entrepreneurs she mentors, SMEs and freelancers she advises and, in her Penguin published book, The Freelance Bible. Alison has an unique skillset in that she has formal academic training (INSEAD MBA); has worked at senior level in many media companies; is an entrepreneur who has established several businesses and is a Nesta accredited Creative Enterprise trainer and mentor. She has recently joined the Digital Leadership Board for the Centre for New Midlands and is a member of Creative Industries Federation UK Council.

She brings her passion, knowledge, and experience with her in all the work she does. 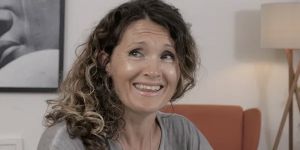 Sophie is a BAFTA nominated and RTS award-winning film and TV producer and commissioning editor. As Head of Development for international production companies like September Films, Cineflix and World of Wonder she has developed, pitched and exec produced hundreds of hours of TV content for all major broadcasters across all genres including Channel 4 Fact Ent, Documentaries and Digital, BBC 1 daytime, BBC 3, ITV and ITV2, Channel Five, Sky One, MTV, Living tv, UKTV, Discovery, Discovery US, WE & FYI US and Lifetime and Discovery Canada.  She also set up and ran September Films’ Los Angeles Development Department and ran LA-based indie World of Wonder’s (Ru Paul’s Drag Race) UK division. As Commissioning Editor for Living TV, she commissioned and Exec Produced the channel’s highest rating series of Britain’s Next Top Model and the channel’s highest ever rating series Jade and Jade: With Love following Jade Goody’s battle with cancer.  Sophie also commissioned and Exec Produced Ibiza, the channel’s first multi-platform series.

Sophie has recently set up her own Development Consultancy focussing on supporting indies with developing unscripted shows.  She is also a ScreenSkills mentor for neurodiverse talent and a vocal advocate for DDND talent in the industry.

Apply below for the Part 1 training day